The Hockaday School was started in 1913 by Miss Ela Hockaday.

Ten students enrolled in the school in 1913 on Hockaday’s first campus, located in a house on North Haskell Avenue in Dallas. In the next few years, Hockaday increased in size, adding a Lower School and a large boarding department. By the end of the 1920s, Hockaday’s reputation for high academic standards was well-established.
In 1931, undaunted by economic events, Miss Hockaday began a Junior College; and then, in 1938, she opened The Music Institute, which was located on what would become Hockaday’s second campus on Greenville Avenue in Dallas.
After Miss Hockaday's death in 1956, J. Erik Jonsson set in motion a campaign for a new campus. Karl Hoblitzelle donated 100 acres in North Dallas, which became the site of Hockaday's third and present-day campus in 1961. The Dallas Times Herald described the new campus as "eye-catching ... the most unusual, the most attractive, the most advanced learning facility in Dallas."
Despite many changes over the years, Hockaday still remains deeply committed to its founder's vision, revering Miss Hockaday’s four cornerstones of character, courtesy, scholarship, and athletics. In addition, as Miss Hockaday would have wished, the school has a diverse student body. The campus also has grown to accommodate more than 1,000 students; and as a result of the Hockaday Tomorrow Capital Campaign, now features a state-of-the-art Academic Research Center, a new Lower School Addition, and a beautiful Wellness Center.
*Excerpts from this history were taken from Patricia Coggan’s article, "Miss Ela Builds a Home," which appeared in the Spring 2002 issue of Legacies: A Historical Journal for Dallas and North Central Texas.

Watch the History of Hockaday 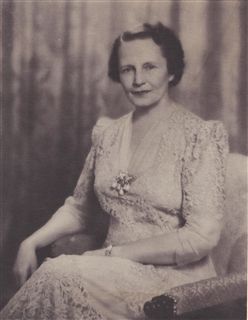 As Ruth Johnson Kyle ’18 described Miss Ela Hockaday in Of Hearts and Minds, “She made a far-reaching and substantial contribution to the understanding of the importance of a whole new field of achievement for women. Characteristically she offered education as ‘the way’ for not just ‘her girls’ but for all women everywhere.”
In September of 1913, seven years before women would gain the constitutional right to vote, Miss Hockaday was asked by a group of Dallas businessmen to pioneer an academic institution for their daughters, one equal to that of their sons’ educational experiences. Five days after accepting the group’s offer, she established Miss Hockaday’s School for Girls in a house on Haskell Avenue with an enrollment of 10. It was here, during the School’s early years, that she would build the foundation for what has become the largest and one of the most well-respected all-girls’ schools in the nation.

Born March 12, 1875, Miss Hockaday spent her early childhood in the North Texas town of Ladonia, where her father, Thomas Hart Benton Hockaday, had established an academy shortly before the Civil War. After her mother’s death, she lived with her sister in Bonham, Texas. She received a bachelor of arts from what is now the University of North Texas, and began her teaching career at numerous schools including the Jefferson School in Sherman, where she was later promoted to principal. She attended The University of Chicago and The Teachers College at Columbia University before taking a position with The Presbyterian School in Durant, Oklahoma. After earning accolades as a teacher specializing in the sciences, she was named head of the biology department at Durant State Normal School in 1910. There she met like-minded friend, Sarah Trent, whom she would later recruit to The Hockaday School.

She was running a small farm in South Texas, taking a break from the academic world after teaching at Oklahoma College for Women, when she received a telegram from Menter B. Terrill, founder of the Terrill School for Boys, later known as St. Mark’s School of Texas. At 38 years old, she followed Mr. Terrill’s suggestion and met with the Dallas businessmen who would offer the opportunity to realize her lifelong vision.

As a teacher, Miss Hockaday sought to provide an educational environment that would prepare girls for an expanded part in the society of the future. Miss Hockaday’s School for Girls was her vision. She foresaw the changing role of women and provided each of her students a rigorous, classical education — unusual for girls’ schools of the time. Her Four Cornerstones — Character, Courtesy, Scholarship, and Athletics — are the foundation of the School and continue to imbue its culture today.

Miss Hockaday retired as Hockaday’s Headmistress in 1946. She remained involved with the school until her death in 1956.

© 2023 The Hockaday School. All Rights Reserved